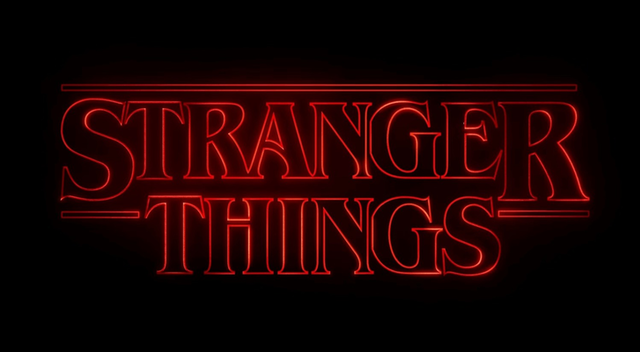 Are you looking for a new show to watch, on a lazy Sunday afternoon? Or for while getting ready? Well, Stranger Things is the one for you. Let me guess, you’ve either just thought “oh yeah ill give stranger things a go!” or “ew no way am I watching that!”, well, if you thought the second one, let me change your mind.

There are four epic seasons so far, however, we are all still patiently waiting on season four, vol. two. Season one was a massive hit, it all started in Indiana in, Summer of 1983, as young Will was captured, and taken into another dimension known as “the upside-down”. As the season unravels, so does the storyline of Will’s family and friends trying to find him, picking up a few new characters along the way.

Detective Hoppers has not dealt with a case this big, since he became chief at Hawkins after suffering some traumatic, heartbreaking events of his own before moving to the small town. Christmas lights get hung, games of D&D get played and the season just gets messier and messier.

Season two begins by continuing from the cliffhanger that producers, the duffer brothers, left season one on. Season two again focuses on Will being possessed and tortured by creatures that we wouldn’t see in our everyday life, and other storylines that are snuck in along the way.

We get to know Steve more, falling more and more in love with him every episode. We also get to meet Max Mayfield, a stunning redhead skater, who becomes friends with the boys and then joins the group. We also get to meet the sweet, caring, loving Bob, who everyone falls in love with throughout the season. The season ends on a peaceful note, but not for long as everyone returns to Hawkins for season three of Stranger Things!

Season three is here and blows seasons one and two right out of the water. Nancy and Wills’s older brother, Jonathan, have a lot more lead this season as they get their own storyline, which we love! The iconic teens are also having a great summer by sneaking into the cinema, through Steeves’s new work, Scoops Ahoy, in star court mall which has an important meaning, later on in the season. Dustin returns from his science, summer camp, excited to tell all his friends about his new so-called “girlfriend” who also plays an important part throughout the season. Hopper isn’t happy about how much time El and Mike have been spending together, so he speaks to Joyce about it.

Joyce and Hopper then both discover something unusual with the town of Hawkins, as do Steeve, Dustin and Robbin, Steeve’s co-worker, and so does Will, and just like any other season of Stranger Things, everyone starts to come together and ends up fighting evil. The season ends on an extremely emotional note, but Stranger things four clears everything up quickly for us.

Stranger things season four, volume one, only came out last week and everyone is loving it! The season is already doing the best out of all three previous seasons, and we are all still waiting on volume two! Stranger things aren’t normally set into volumes, but The Duffer Brothers said that this season was so dark, that they had to split it. Season four involves lots of new characters, some of who stay a lot longer than others. The kids have moved up to high school and have made some new friends, such as Eddie who then starts to play an important role in Stranger Things.

The kids then realise that something strange is back after a few unfortunate deaths, and they then try to sort it out again. Murray and Joyce also take a trip to Russia, to be heroes, but I won’t spoil it for you too much.

The series stars an ensemble cast including,

One thing about Stranger Things is that it is always, and always has been, incredibly cast. The cast has always been extremely enthusiastic about filming and putting their all into shooting. Every single one of them has been very skilled from the season one episode, some from a very young age.

Dungeons and Dragons in Stanger Things

Stranger things is just one big game of Dungeons and Dragons if you think about it. It’s no secret that Dungeons & Dragons play a huge role in Netflix’s Stranger Things. From the very first game, we see the young friends playing together in Season 1, to even in season three where Will keeps begging to play.

Throughout Stranger things, there are many references to D&D, however, season three especially has many references such as El is Wizard. Even though Els’s powers have been the result of a scientific experiment, she still uses the most common used spell for a wizard, and the party meet in schools ahoy, as their gathering.

Overall, Stranger things is a fantastic show that will make you feel many emotions, and It is worth a watch.