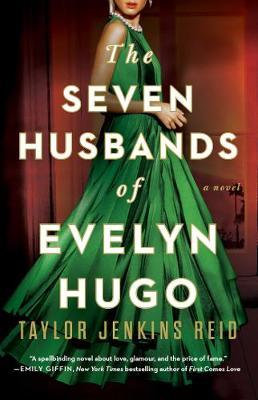 The Seven Husbands Of Evelyn Hugo

Are you looking for a great new book to read? Well, let me tell you that The Seven Husbands Of Evelyn Hugo is an amazing book, and I’m going to tell you why.

To me, a great book makes you feel like you are right there with the characters and makes you forget that you are reading, and ‘The Seven Husbands Of Evelyn Hugo’ does exactly that.

The story begins with a young writer finding out the big news, that she’s going to interview Evelyn Hugo, a world-famous, beautiful actress who hasn’t been interviewed in years, for a magazine. As the story unravels, we find out that Evelyn Hugo doesn’t just want to be interviewed for a magazine, about her auctioning off her gowns, she actually wants to write an autobiography.

Evelyn Hugo insists on having Monique write this, which causes an interesting storyline, as it causes the reader to wonder why Hugo desperately wants her.

Ageing and reclusive Hollywood movie icon Evelyn Hugo is finally ready, to tell the truth about her glamorous and scandalous life. But when she chooses unknown magazine reporter Monique Grant for the job, no one is more astounded than Monique herself. Why her? Why now?

Monique is not exactly on top of the world. Her husband has left her, and her professional life is going nowhere. Regardless of why Evelyn has selected her to write her biography, Monique is determined to use this opportunity to jumpstart her career.

Summoned to Evelyn’s luxurious apartment, Monique listens in fascination as the actress tells her story. From making her way to Los Angeles in the 1950s to her decision to leave show business in the ‘80s, and, of course, the seven husbands along the way, Evelyn unspools a tale of ruthless ambition, unexpected friendship, and is also a great forbidden love. Monique begins to feel a very real connection to the legendary star, but as Evelyn’s story near its conclusion, it becomes clear that her life intersects with Monique’s own in tragic and irreversible ways.

As great as the blurb makes the book sound, it doesn’t begin to give you an idea of the emotions you are about to feel while reading this book. It will make you happy, sad, sympathetic and angry, maybe even all at once.

There is many great plot twist throughout the book, in pretty much every chapter you will be dropping your jaw!

Who is Evelyn Hugo?

Throughout the years of this book, there have been many questions, queries, and rumours, such as, who is Evelyn Hugo? Is Evelyn Hugo based on Marilyn Monroe? Is she a real person? Well, Evelyn seems very loosely based on several iconic actresses, like Elizabeth Taylor who is known to have had many husbands, the platinum blonde bombshell that screams Marilyn Monroe, the Americanized Latina Rita Hayworth and the secret bisexual of Greta Garbo, however, even though it has never fully been announced, The Seven Husbands Of Evelyn Hugo was loosely inspired by the real-life of Hollywood actress Elizabeth Taylor, who was famously married eight times to seven different men.

The most striking thing about this book is how real Evelyn Hugo feels to the reader. As a character, she is immaculately fleshed out and developed without a single gap or fault, with very human feelings and thoughts that are often not addressed fully in other books.

The Seven Husbands Of Evelyn Hugo By Taylor Jenkins Reids

Taylor Jenkins Reid’s writing is incredible, which makes the book ten times better. Not just does the novel have a great storyline, about the rise of Evelyn Hugo, but the way it is written makes it even better. As I mentioned earlier on, the way Reid writes makes you forget you are reading, and feel like you are almost part of the story, and that’s what I think makes an amazing book. She writes incredibly, from two different points of view in the story, one point of view from Monique, the reporter and then there’s Evelyn Hugo’s point, of course, the woman who is telling her story.

Taylor Jenkins Reid was born on the Eastern Shore of Maryland in 1983. From a young age, she had been interested in the filmographic industry, which led to her attending Emerson College, a film and TV school in Boston, and moving to Hollywood at age 21, to pursue a cinematographic career. She has many books other than “The Seven Husbands Of Evelyn Hugo” such as,

It was her 2017 novel, The Seven Husbands of Evelyn Hugo, however, that truly rocketed Jenkins Reid onto the bestseller lists and has created an ever-growing legion of fans for the author on TikTok and beyond.

Conclusion Of The Seven Husbands By Evelyn Hugo

Overall The Seven Husbands OF Evelyn Hugo is a great book, it has many head-turning plot twists, making you wonder what will happen next. It will make you laugh, and smile and will even bring a tear to your eye, but no matter what, you will love it.

Like I said before, it is so beautifully written, that the book becomes even better than just the amazing plot. I recommend this book to anyone who likes a bit of drama, romance, and mystery in their books and is looking for a great next read.